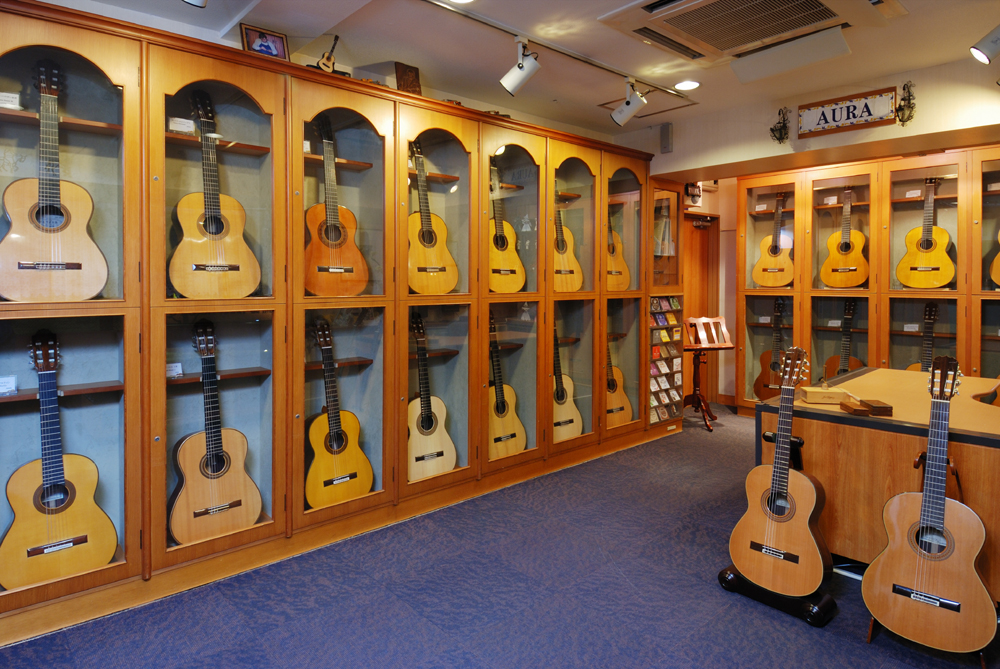 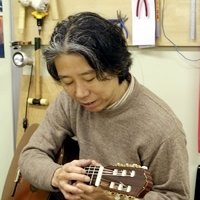 Kaoru ONO 尾野 薫
profile
Kaoru started playing guitar when he was at secondary school. He started making guitars as a hobby using his knowledge of woodworking while he was at University. He carried on making instruments, self-taught, but around 1980 he began studying under Alberto Nejime (a pupil of Antonio Marin), learning the traditional Spanish construction method and started producing in earnest.
Kaoru pursued the traditional methods, and in 2001 he took part in a workshop in Romanillos. When Arcangel Fernandez came to Japan he received precious advice on making instruments, as well as encouragement by him. His style is based on the traditional Spanish method along with scientific techniques.
His highly skilled and thorough craftsmanship create instruments with a clear crispy sound, that increase in sound depth as you play. He produces about ten instruments annually. 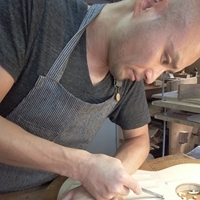 Masahiro TANABE 田邊 雅啓
profile
Since childhood, Masahiro was interested in music and handicraft, and when he was 20 he set his heart on becoming an instrument maker. Upon graduating from Hosei University, he began studying under Sakae Ishii at Ishii String Instruments and made about 140 instruments of his own creation while working there.
In 2001 he went to Spain and visited stringed instrument ateliers in various places. He eventually studied under Jose Luis Romanillos at Sigüenza, Spain. After having learnt the traditional crafting method for Spanish guitar, he went back to Japan and established his own atelier in Ashikaga, Tochigi.
While studying under Kaoru Ono with whom he met at a masterclass in Romanillos, he spent about a year doing research and then announced the Romanillos model in October 2002.
This model is made using the genuine traditional method and has caught local and international attention.
Since then, this model has been featured by NHK and various newspapers, and as a result, he has received orders from several foreign guitarists. Masahiro is now the center of public attention as one of only a few young instrument makers. In 2004, he went to Spain and again visited stringed instrument ateliers. Currently,
He carries out research on exquisite instruments and pursues his aim of making ideally sounding instruments.
He also does repair work at the Guitar Shop Aura at weekends.

Satoru SAKUMA 佐久間 悟
profile
Satoru was born in 1973 in Ueda, Nagano and currently still lives there. He became interested in making instruments while he was at Kansai Gaidai University reading Spanish. Satoru made his first guitar under the supervision of a local guitar maker Sakae Ishii when he was 20. After having graduated from University, he carried on making instruments on his own while working as an office worker. In 2001, he participated a workshop run by Jose Luis Romanillos at Sigüenza, Spain and studied with him. At this workshop, he also received some advice from various people including that of assistant Gerhard Oldiges. The thorough traditional method led him to embark on instrument-making in earnest. His instruments are only made by hand and the mellow and deep sound has already captured the attention of professionals. Currently he produces about 10 instruments annually. 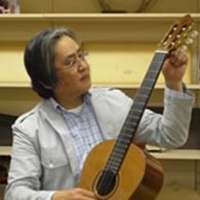 Alberto Nejime アルベルト・ネジメ（禰寝孝次郎）
profile
Alberto was born Kojiro Nejime in Tokyo in 1952. He read literature at Kokugakuin University and graduated in 1974. He went to Spain in 1979 and started studying guitar-making under Antonio Marin Montero. He won the first prize at the international competition for guitar manufacturing at Kutná Hora, Czechoslovakia, in 1988. He wrote a column entitled ‘You are a guitar builder, too’, which was serialized in a magazine called Gendai Guitar. Alberto appeared as a judge for the 1st amateur guitar-making competition for guitarmakers in Yagoh, Japan. He also took part in the 7th Coria guitar workshop in Spain and published a book entitled ‘Classic Guitar-making in the Spanish fashion’ for the aforementioned publisher. His activities include writing and training the next generation. He is a member of Japan String Instrument Makers Association. 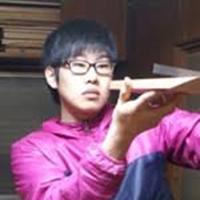 Marin NEJIME 禰寝 碧海
profile
Marin was born in 1986 to the guitar-maker Kojiro Nejime, who had laid the foundations for the traditional Spanish craft method in Japan. He had shown interest in music and craftwork from early age, and it led him to focus on guitar-making after graduating from Jiyu Gakuen in 2009. After having visited Spain several times, he went to Granada for a long period in September 2012 and studied under Antonio Marin Montero with whom his father also studied. Marin has a deep respect for the tradition, and has an inquisitive mind. His fresh adventurous spirit of not being afraid of inserting originality into his work has gained huge acclaim. He is one of the promising young craftsmen in Japan.
Marin Nejime was the award winner in the Antonio Marin Guitar Making Competition of the year 2017. 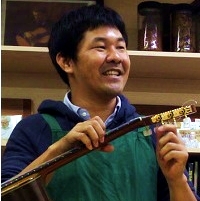 Daisuke Kuriyama 栗山 大輔
profile
Daisuke Kuriyama started to make a guitar independently while he attended Tokyo Zokei University. After he graduated from the university, he joined to the music instrument store, and engaged to the sales or repair of the guitars in 2003. He continued making the guitar, but also receiving the direct lesson at Kaoru Ohno’s guitar work shop since 2010.
Daisuke Kuriyama currently makes about 6 guitars per year using Spanish traditional making method. 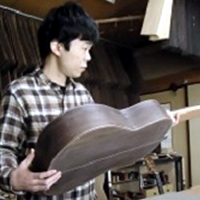